DevOps: A Pillar of Modern IT Infrastructure

A massive transformation is underway in the way we manage IT infrastructure. More companies are looking for improved agility and flexibility. They are moving from traditional server stacks to cloudy infrastructure to support a new array of applications and services that must be delivered at breakneck pace in order to remain competitive.

This transition is as much about people as it is about technology. In traditional data centers there are different IT departments specialized in different pieces -- networking, storage, database, and so on. These silos operate independently. Provisioning new systems is a challenging and time-consuming task.

The adoption of cloud-based, software-defined technologies requires a much tighter collaboration between these silos. When a company needs to spin up 100 new systems in under a minute, they can’t afford 10 different departments talking to each other to provision it. They need it now. To achieve this scale and speed, they need to break the silos. And that’s exactly what has happened, giving rise to a new culture and set of IT practices called DevOps that blur the traditional line between developers and operations.

Who are DevOps pros?

DevOps professionals are the developers who also have the expertise of sysadmins and vice versa; they know all those components needed for operations -- from networking, database, storage to almost everything else. It’s breaking down of those silos as seen in the traditional IT infrastructure, to incite tighter collaboration between “development” and “operations,” leading to the term DevOps. DevOps professionals are jacks of all trades and master of some.

Some of the core skillsets expected from DevOps professionals include the complete understanding of building, deploying, monitoring, and managing of the production and development environment.

To get a picture of the skillsets that big companies are looking for, I went through dozens of DevOps jobs opening at big companies like Boeing, Capital One, Booz Allen, Red Hat, Geico, Apple, etc. I found certain “desired” skills and knowledge common in all those job openings:

In a nutshell, DevOps pros are doing almost everything around key areas -- automation, building, testing, deploying, monitoring, and managing the production and development environment.

“With more of the industry supporting cloud-like infrastructures -- including running virtualized platforms on in-house data centers -- it is critical for engineers to understand how things connect and the constraints involved in running these services and applications,” said Mike Fiedler, Director of Technical Operations at DataDog, provider of SaaS-based monitoring and analytics platform.

The DevOps movement is not just about the technical skillset, however. “DevOps is as much a mindset as it is a skillset,” Nyar said. The collapse of silos has certainly brought a shift in skillset -- the line between operations and developers is blurry now.

But, as Nyar said, it’s not just about skillset. Those job openings show that organizations are looking at their infrastructure as a whole, breaking the traditional silos, barriers that separated developers and operations.

Modern infrastructures are predominantly being designed to be defined by code to ensure repeatable, programmable deployments, and this trend is an impetus for requiring the hybrid DevOps mindset and skillset, according to Nyar.

DevOps and cloud native applications are creating infrastructure as a code that can be described in a yaml file. This has interesting side effects. It’s liberating for sysadmins who don’t have to worry about provisioning and managing individual pieces of infrastructure, such as virtual machines, firewalls, etc. All of that is moved to the developer side of the house. It’s also liberating for developers who no longer are dealing with the operations side of things.

“They define the need through the file, abstracting out infrastructure -- describing it all in a file and requests through APIs,” said Amar Kapadia, Sr. Director Product Marketing at Mirantis.

The result is that structural changes cannot take place independently of operational changes. If you want a modern infrastructure, you must adopt DevOps practices. DevOps professionals are the ones who enable a company to deliver applications and services more efficiently and cost effectively.

Deploying modern infrastructure is challenging. As more companies embrace modern IT infrastructure, there is an advantage to adopting DevOps culture; they have to transform or replace existing independent silos into a more coherent group of IT professionals. Part of adopting DevOps, Nyar says, is moving your culture to a DevOps mindset first and finding common agreement between development and operations.

The biggest challenge for these companies is breaking old habits and challenging the status quo. To make this shift, companies must hire people with experience in the DevOps culture and toolset, but they also must train their existing staff on DevOps concepts, Nyar said. This can be an easy task for a smaller company, but the bigger the company, the harder it becomes. In either case, the increasing demand for DevOps professionals can strain employees and HR departments, alike.

Companies are very diverse in how they run their operations. They have different business and digital requirements, and they are using different approaches to adapt to the growing need for cross-team collaboration. “Every organization is adopting the DevOps mindset in a very different way,” said Hatch.

One approach is to identify developers and sysadmins who are willing to learn more about tasks outside of their current job profile. It’s not just the companies looking for new skillsets; systems and software engineers are going through the same phase. They are aware of the changing dynamics, and they are aware of the risks of not adapting to new opportunities. It’s not really hard to find developers interested in learning more about the systems that run the applications they developed. Companies can identify such talent and encourage them to level up and acquire the knowledge needed to support their services. “The same applies for sysadmins who are looking to learn more about development,” said Fiedler.

Some companies take a different approach and cross-pollinate devs and operations. You can embed a sysadmin with the dev team so the team gets the domain-specific expertise. The sysadmin is then more involved in the dev cycle, aware of design decisions that can have impact later on. Additionally, “developers benefit from having someone readily accessible to help them understand some of the system-level constraints and greater architecture,” said Fielder.

The bottom line is that organizations can’t afford to ignore this cultural change.

“The transition from traditional dev and ops practices to coordinated, agile DevOps has been slow, but each organization has to move at an appropriate pace,” said Hatch. “Fear of missing out and competitive pressure has helped to accelerate adoption, as the benefits of DevOps can be obvious and markets move so quickly these days.”

The benefits of DevOps are being demonstrated by web-scale companies like Amazon, Facebook, and Google. Everyone seems to be in the hunt for GIFEE (Google-style Infrastructure For Everyone Else). But, change is hard and for some impossible.

In response, DevOps pros are fond of quoting noted statistician and champion of the lean manufacturing movement, W. Edwards Deming, who famously said, “It is not necessary to change. Survival is not mandatory.” 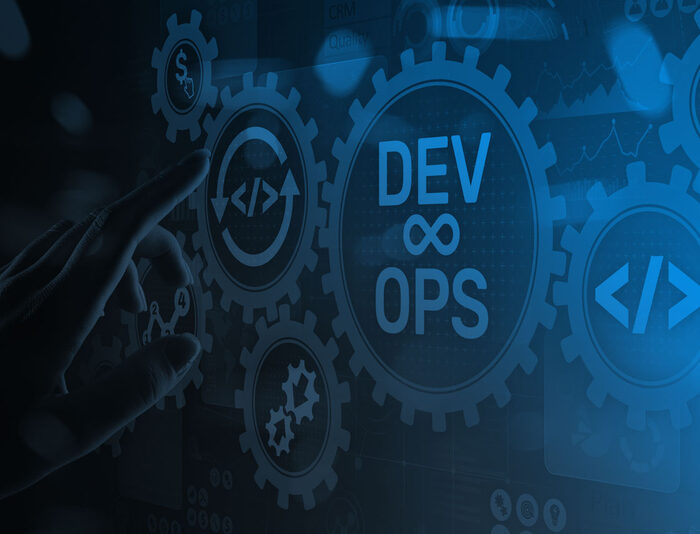